In Extrimian we want to help you understand all that Web3 can give you. That’s why we bring you a super complete guide with all the tools in the Web3 technology stack.

When building a web or mobile app in the traditional way, we usually turn to a set of building blocks to help us get the job done such as:

API servers / app servers; Authentication Capability (managed or manual); a Database; the File Storage; and on the Client side, Frameworks, platforms and libraries.

But what if I want to understand this from a Web3 point of view, what role does each component have and what kind of tools do I have available?

First we have to take into account that the paradigm on which web2 is based and created, is very different from that of web3. In addition, the tools and ecosystem of the latter are more mature and more developed. But to understand why, we must first define the concept of Web3.

There are infinite definitions, but we will try to take the one that we consider closest to what we believe in, to take as a starting point

In its essence, Web3 uses blockchain, cryptocurrencies and NFT to give power back to users in the form of ownership. So we can consider that in summary Web3 is a protocol stack that enables fully decentralized applications. It is built, operated and owned by its users. Putting the power in the hands of individuals rather than large corporations.

A few of the core ideas that web3 brings:

Decentralization: Instead of large portions of the Internet controlled and owned by centralized entities, ownership is distributed among its creators and users.

Permissibility and Accessibility: Everyone has equal access to participate in Web3 and no one is excluded. Although it is possible that there may be some limitations in some operations due to the network gas fee (or transaction fee). But this could be solved with the scalability solutions provided by Layer 2, which we will talk about later.

Native payments: use cryptocurrencies to spend and send money online instead of relying on the outdated infrastructure of banks and payment processors.

Web3 is not trusted: it operates using incentives and economic mechanisms, and uses tokens like ETH to send money directly in the browser and requires no trusted third party.

The aforementioned digital native payments and public back-end infrastructure allow building entirely new types of applications, some of which have not yet been imagined.

But this does not mean that web3 will conquer the web or mobile app development market. Yes, it is true that for many applications it is really convenient to build using decentralized technology, it almost always depends on what you are building.

But what kind of categories can I find in the Web3 Stack?

1. Blockchain – Layer 1 + Layer 2s + Sidechains –While there are many blockchains to build on, we must understand what are the benefits of each of them.

Some of the most important tools to start developing as a web3 programmer, is to understand Solidity and EVM (Ethereum Virtual Machine). Although Rust is also starting to take some popularity with some blockchains (such as Solana, Polkadot, etc.), although not yet at the level of Solidity.

Taking this and the knowledge we will give you here, you might be ready to start building on different blockchains and sidechains.

Let’s detail below some of the most recognized and technologically valuable blockchains today:

For EVM development, there are some good development environments available:

We already know that storing very large files on a blockchain is a problem for us. So, you probably wondered how to store files on web3.

Well, to solve this kind of issues, there are some “file storage” protocols that we can use. Let’s see some examples:

In addition to file storage and on-chain storage, you may also need to store data off-chain. You can use these types of solutions in a similar way as you would a database in a traditional technology stack, but instead they replicate across a number of nodes in a decentralized network, and are therefore more reliable (at least in theory). Let’s review some alternatives:

There is still a long way to go in this segment. One of the biggest problems to solve is the handling of real-time data, and without going any further, the overall experience of developers using these solutions.

The Graph is a decentralized protocol for indexing and querying blockchain data, which makes it easy to collect, process and access relevant information that is difficult to query directly and expose it through open APIs based on GraphQL. These APIs are called subgraph and can tailor their utility to the needs of a particular application.

The Graph is a great tool as it overcomes the initial technological barrier for developers to start getting into the Web3 space. Anyone can build and publish open GraphQL APIs, called sub graphs, making it easy to query blockchain data.

The big drawback of this API is that, so far, The Graph has focused primarily on building its Ethereum and IPFS data stores.

Web3 and the concept of Decentralized Identity have the same objective: to promote more transparent, private and reliable information exchange schemes, without ceding our digital sovereignty to large power groups that currently own our private data.

As on Web3 , decentralized identity is based on blockchain technology. It is through this technological layer that the authenticity of the personal and private information that is shared is validated, thus enabling an ecosystem and a flow of trust between the parties involved, and returning control of personal data and identity to the users.

But what does a developer need to know to understand in a simple way the process flow, and the control involved in this Web3 Identity technology?

Initially, a very common process is to request access to the user’s wallet. So, to do this you can typically access the user’s wallet in the context of the window context (web browser), or by using tools such as Wallet Connect or the Solana Wallet Adapter.

For example, if they have an Ethereum wallet available, they will be able to access window.ethereum. The same for Solana (window.solana), or Arweave (window.arweaveWallet), and so on with several more examples. In the case of Wallet Connect it is ideal for mobile web and React Native, because it allows the user to authorize the use of their mobile wallets, giving access directly from the device.

If instead you prefer to handle the authentication yourself without delegating it to the user, you can have the user sign a transaction that will then be decoded elsewhere to authenticate him. But for this, we require a server. It is not so “practical” anymore.

A very interesting case in terms of decentralized protocols in the field of Identity is the Ceramic Network. Ceramic Self.ID is a simple SDK ( Software development kit), which requires minimal configuration and provides access to the full Ceramic stack with support for popular environments such as React and web. It supports Ethereum accounts and EVM-based wallet authentication, so users don’t have to install new wallets or create new accounts to use Ceramic, but could even connect multiple wallet accounts to their Ceramic account if they wanted to. On their blog they detail in a series of documents, the tools they have, and how to start building with Ceramic self.id.

Nowadays many projects are built with React, and more and more libraries offer utilities for this programming language. This is the case, for example, of Solana Wallet Adapter. So as we said initially, we recommend training in React.

For client-side SDKs in Ethereum, there’s web3.js and ethers.js. Finally in Solana, you’ll probably be working with @solana/web3.js or Anchor.

Like everything in the web3 ecosystem, this article is in constant evolution and modification. Every day a new technology or novelty that this technology allows to develop is added.

From Extrimian we want to promote the development of new applications and decentralized protocols and that is why we provide solutions and APIs that are at your fingertips and make it easier for you to carry out that idea that is going around in your head.

If you have questions, suggestions or you think there is a key app that we overlooked in this article, please contact us. Let’s keep building in a democratic and decentralized way.

Enthusiast of decentralized technologies and specialist in Growth Marketing and Content Marketing at Extrimian.

What to read next

Ethereum: The Merge is coming 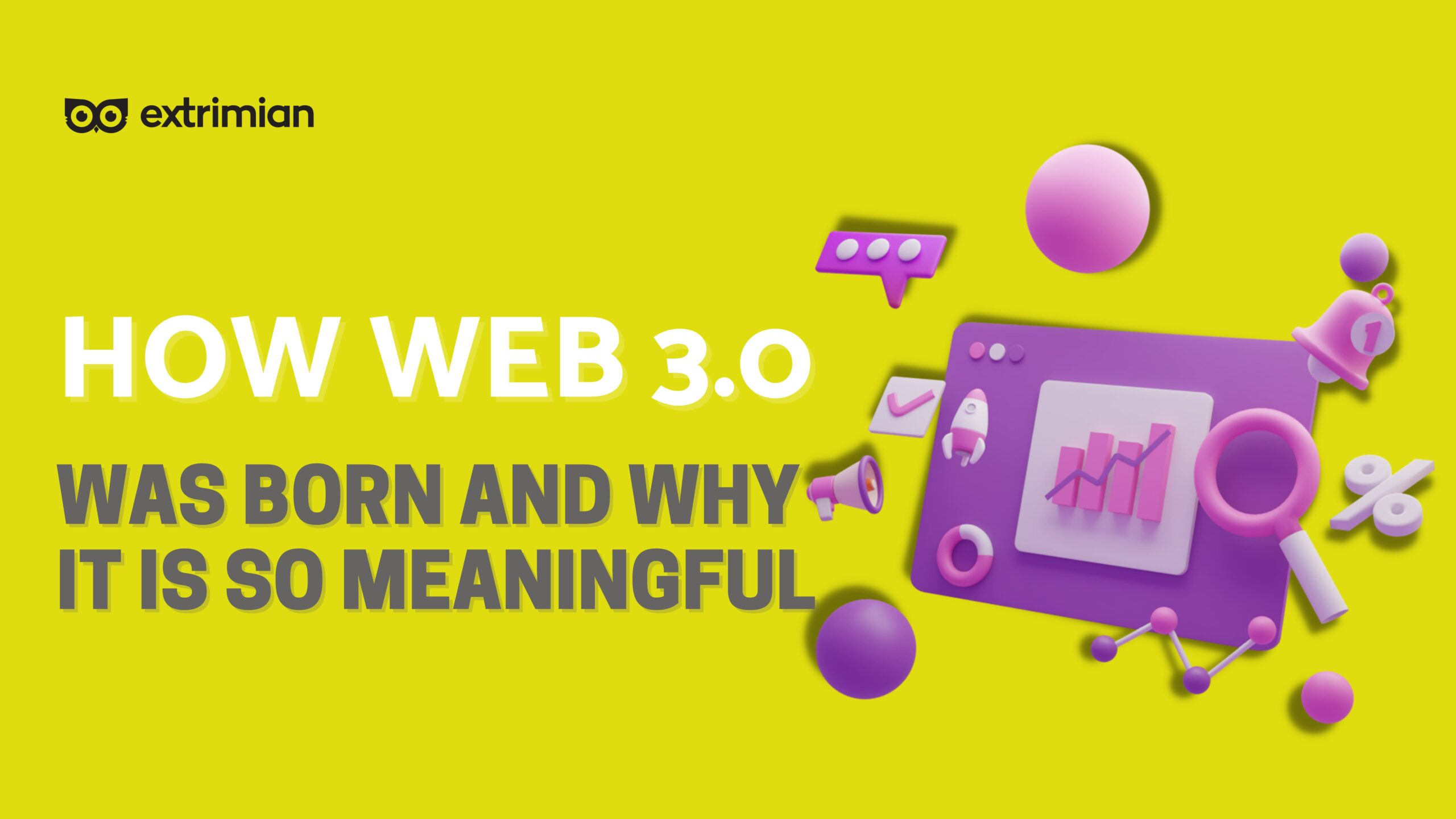 How Web 3.0 was born and why it is so meaningful 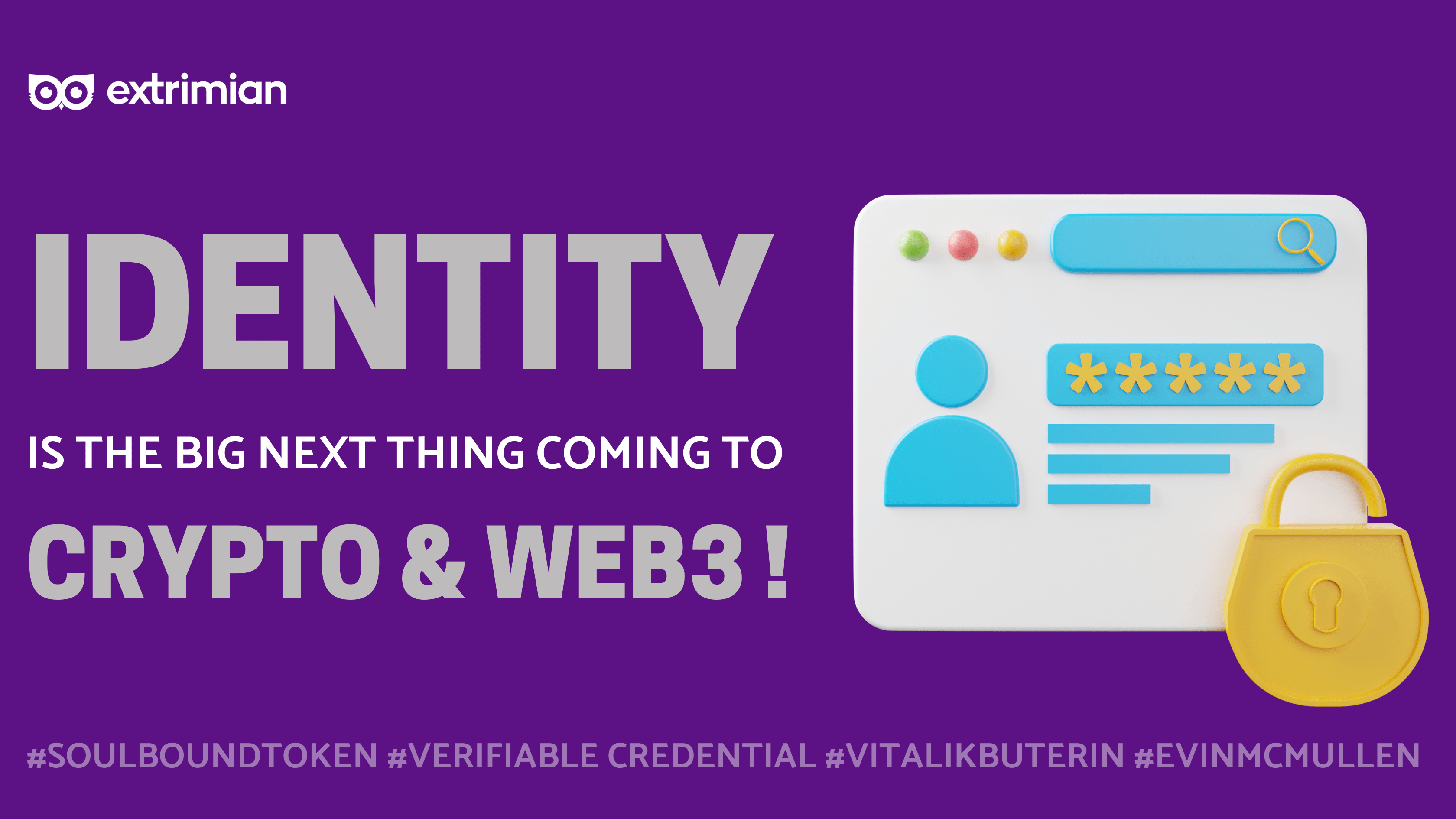 Identity is the big next thing coming to crypto & Web3 !